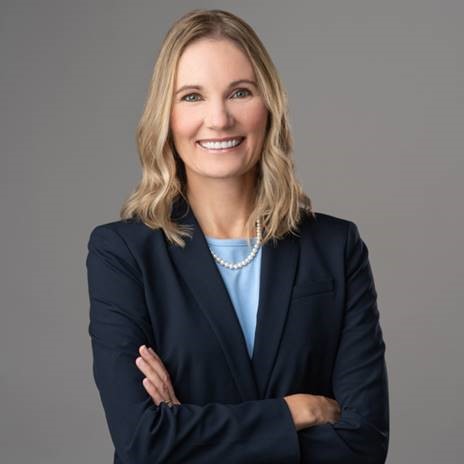 Erica G. Courtney served in various active-duty U.S. Army positions to include military police, scout helicopter pilot and paratrooper. As a trailblazer, she graduated number one in her cadet class, was part of the first group of women to go Cavalry and the first to graduate the Advanced Armor Cavalry Course. Her staff work included flight operations, senior logistical, contracting and budget management positions in charge of $750M in equipment, 200 million-dollar budgets and 2,500 people in the most deployable units in peacetime and in war. Upon leaving active duty after 11 years of service in 2005, she worked as a corporate executive and then founded a company focused on government business development growing on average of 45% year-over-year for five years. Erica then sold the company in 2014 and founded 2020vet, Inc. centered around supply chain management.

After a seven year break in service, she decided to re-commissioned as an officer in 2013 in the U.S. Army Reserve where she has served as an Assistant Professor of Military Science (APMS) at Santa Clara, San Jose and Stanford Universities, a strategic APMS recruiter for half the nation, a UN Military/Political Advisor the Joint Chiefs of Staff in D.C. working on Women, Peace and Security DoD policy and strategy as a NATO certified Gender Advisor and most recently heading policy, plans and strategy within a Division encompassing seven states.

She has served on numerous national, state, and local Boards, Committees and Commissions to include Women Impacting Public Policy, NAWRB’s Diversity & Inclusion Leadership Council, a Commissioner representing 655K women out of Jacksonville, FL, multiple veteran organization focused on entrepreneurship (VETtoCEO, Board Chair of U.S. Veterans Business Alliance, American Legion Small Business Council, Co-founder of Zulu Time), an independent school board Trustee, Mentor Capital Network Business Plan Judge, a Dame/Knight from the Order of St. George Canada and Americas, and appointed by the CA Governor and Senate to the California Commission on the Status of Women and Girls representing approximately 20M residents and voted by her peers as the Second Vice Chair.

Erica has received numerous awards to include being named as a woman with the leadership background and ability to change the world by Oprah and the White House Project, 40 under 40 doing good things in business and the community by the Jacksonville, FL Business Journal, a 2015 Woman of Influence by the Silicon Valley Business Journal, 2016 National SROTC Cadet Instructor of the Year, 2016 nominated change maker by the White House Summit on the United State of Women, 2017 Small Business Innovation award by AT&T and a Veteran Leader by NAWRB in 2019. Erica has a B.S. in Communications from the University of Hawaii, an Executive MBA from Florida International University and EMBA program internships in India and China. She has two teenage sons and a husband living out of Half Moon Bay, CA.