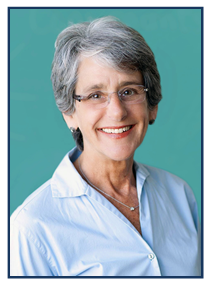 Senator Hannah-Beth Jackson is a former prosecutor and practicing attorney, educator, and small business owner. She was elected to the California State Senate in 2012 to represent the 19th Senate District, which includes all of Santa Barbara County and western Ventura County.

A graduate of Scripps College in Claremont, California with a joint major in government and sociology, she received her law degree from Boston University Law School before returning to California to work as a deputy district attorney for Santa Barbara County. Eventually, she became the managing partner for the Law Offices of Eskin and Jackson, with offices in Ventura and Santa Barbara.

From 1998 to 2004, she represented the 35th Assembly District in the State Assembly, where she worked with Democratic and Republican governors to author more than 60 bills into law.

Hannah-Beth has also co-founded two non-profit organizations, served as the first policy-maker in residence at UC Santa Barbara, and served as adjunct professor at Antioch University.

In the Senate, she is chair of the Senate Judiciary Committee and serves on several key committees, including the Budget and Fiscal Review, Subcommittee No 1 on Education, Labor and Industrial Relations, Public Safety and the Natural Resources and Water Committee. She’s also chair of the Select Committee on Women, Work and Families and chair of the Joint Legislative Committee on Emergency Management.

During her time in the Legislature, Hannah-Beth has become known as an effective advocate for protecting the rights and privacy of Californians, protecting the environment, advancing legislation to reduce gun violence, supporting access to justice for all Californians, championing equality for women, advocating for commuter rail, improving access to early childhood education, and supporting veterans and veterans treatment courts, among other issues. She is the author of Senate Bill 358, the California Fair Pay Act, landmark legislation that established the strongest equal pay law in the country. She was recently named by the Huffington Post as one of 11 women around the country “blazing new trails” in American politics.

Hannah-Beth has received Legislator of the Year awards from a wide range of organizations and is the recipient of the prestigious California Women Lawyer’s Fay Stender Award, given annually to an attorney committed to affecting positive change with “zest, humanity (and) personal courage” who serves as a role model for women. An advocate for justice for women, children, and victims of crime for more than three decades, she helped establish the Santa Barbara Shelter Services for Women (now known as Domestic Violence Solutions) and Women Against Gun Violence. She is also a founding member and past president of the Santa Barbara Women’s Political Committee.

Hannah-Beth is married to retired Superior Court Judge George Eskin. She has a daughter, two stepchildren and five grandchildren. She and her family have resided in the district for more than 35 years.