The California Commission on the Status of Women and Girls is thrilled to celebrate the accomplishment of an incredible female American leader, and one more barrier that is forever broken, opening the way for the women who will come after. As a Senator and Congressional Black Caucus member, Kamala D. Harris is an historic choice for the second highest office in the land. Her rise to the White House and the 46th presidential Administration is the culmination of historic efforts by women, particularly women of color, to be heard, represented, and to finally, have a seat at the table.

The daughter of a Jamaican immigrant father and Indian mother, Harris has long been a trailblazer. In 2017 she became the first African American to represent California in the United States Senate. Born in Oakland, California, Harris graduated from Howard University in Washington, D.C., before returning to California to attend the University of California, Hastings College of the Law. After earning her juris doctor degree, Harris served as the deputy district attorney in Alameda County, California, before becoming the managing attorney in the San Francisco District Attorney’s Office and then chief of the Division on Children and Families, where she established California’s first Bureau of Children’s Justice. She was the first African American and first woman elected district attorney of San Francisco (2004–2011) and attorney general of California (2011–2016).

The California Commission on the Status of Women and Girls strives to be an inclusive voice for every woman in California. As we celebrate this incredible accomplishment, we also applaud the Vice-President’s commitment to equity, inclusivity, and the monumental task of uplifting and caring for a country in crisis. We are proud to watch a woman so in tune with our own values of unity and solidarity take the stage as the first woman to have the official power to actively advance justice and equality from the people’s house. While we as a Commission continue to be mission-driven and actively advance the causes of racial and gender equity in this state and across the nation, and to support the advancement of justice at every opportunity, in every room, and at every table, we applaud the unapologetic approach of our Vice-President as she prepares to do the same for an entire nation.

Young girls across the country watched as the Vice-President took the stage in a white pantsuit in a nod to the early suffragists and told them in no uncertain terms that one-day, they too could stand where she did. Harris honored her mother, Shyamala Gopalan Harris, and the “women who fought and sacrificed so much for equality and liberty and justice for all, including Black women who are often, too often, overlooked but so often prove they are the backbone of our democracy.” She also acknowledged the fight for the right to vote, stating, “all the women who have worked to secure and protect the right to vote for over a century, 100 years ago with the 19th Amendment; 55 years ago with the voting rights act; and now in 2020 with a new generation of women in our country who cast their ballots and continued the fight for their fundamental right to vote and be heard.” The election of Vice-President Kamala D. Harris serves as both vindication and affirmation and for many, as a beacon of hope. Harris spoke to that hope, speaking directly to the girls watching around the world, saying, “while I may be the first woman in this office, I will not be the last because every little girl watching tonight sees that this is a country of possibilities.” 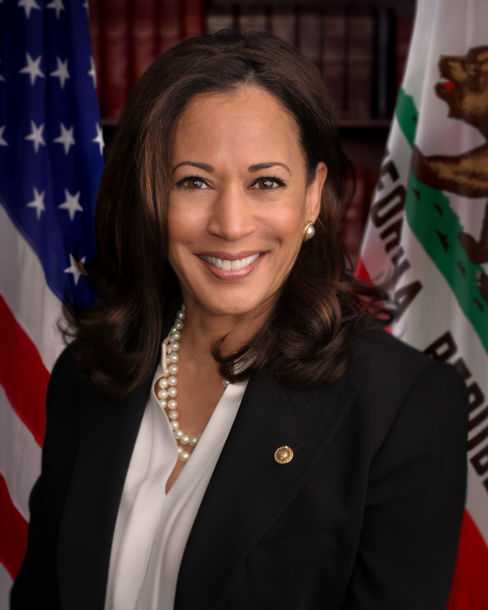 Learn More About the 46th Vice President of the United States!

The meaning of Kamala Harris: the woman who will break new ground as vice-president

Harris rose rapidly in California politics, from San Francisco district attorney to California attorney general to U.S. senator. Democrats celebrated her sharp questions for then-Supreme Court nominee Brett M. Kavanaugh during his emotional 2018 confirmation process, but many are skeptical of her record as attorney general — which included defending California’s death penalty and advocating for a controversial truancy policy.

Kamala Harris Is on the Rise

If you want to ask Senator Kamala Harris whether she’s planning to run for president, keep in mind her favorite Cardi B track: “Be Careful.” The California Democrat will answer with polite exasperation because to discuss the race with her now, she believes, implies that political ambition motivates her work in the Senate. Instead it’s a deep sense of justice that drives her.

Harris’s unprecedented rise as the first woman, who is also Black and South Asian, to serve as vice president forces us to recognize a woman from a richly diverse background has been chosen to lead one of the greatest democracies in the world.