After 20 powerful years in the California legislature, Senator Hannah Beth Jackson showed her leadership, strength, and commitment to women and families up to the very last minute of her final session.

With just three minutes to spare before the midnight deadline, the California Assembly sent Senator Hannah-Beth Jackson’s SB 1383 to expand job protection for family leave to the Governor. A champion for women throughout her career, Senator Jackson has long been a fierce advocate for women struggling to close the wage gap. This gap in wages has held steady for nearly a decade, leading state lawmakers such as Commissioner Senator Hannah-Beth Jackson to spearhead efforts to change this. Her efforts have included authoring the California Fair Pay Act, the strongest Equal Pay Law in the nation, and recently SB 973 and SB 1383, requiring large California employers to report salary data and protecting California’s paid family leave benefits, respectively. These efforts are crucial as we face the historic moment we are living through.
Commissioner Hannah-Beth Jackson, who for more than a decade has written and passed the strongest laws in the country to close the pay gap for women in California says, “Women’s paychecks should reflect their true value and contributions…We have to do better.”

Governor Gavin Newsom also signed Senator Jackson’s Senate Bill 493, which was supported by the Commission on the Status of Women and Girls, to ensure California colleges and universities provide a transparent and fair process for all students involved in a sexual assault allegation. The bill goes into effect on January 1, 2022. In direct response to attempts to undermine Title IX — the federal civil rights law that prohibits sex discrimination in federally funded schools — SB 493 will require state funded colleges and universities to adopt common-sense procedures that ensure a fair, transparent, and consistent response to reports of sexual violence.

“Student survivors of sexual misconduct need to know that they will be heard and respected, not intimidated or silenced. While the Trump Administration seeks to discourage survivors from coming forward, SB 493 will ensure California college campuses address allegations of sexual assault and harassment fairly. All students deserve to feel safe while they pursue their education,” said Senator Jackson.

Senate Bill 493 will make it easier for students to report sexual harassment and violence by requiring schools to provide notice on students’ rights and how to report incidents; requiring schools to respond to off campus incidents where they could interfere with a student’s access to education; and prohibiting courtroom-style direct cross examination of survivors by their assailants or their attorneys. It also ensures adequate training for school officials involved, including training on implicit bias, trauma informed practices, and the history of racial discrimination in school discipline. Senate Bill 493 is supported by the University of California school system as well as the California State University system. Additionally, legislation by Senator Jackson to address the race and gender-based pay gap was signed into law by Governor Gavin Newsom on the final day of signing.

Senate Bill 973 requires that California employers with 100 or more employees submit a pay data report annually to the Department of Fair Employment and Housing, outlining compensation and hours worked of its employees by gender, race, ethnicity and job category. The bill is modeled after a federal Equal Employment Opportunity Commission effort to collect pay data by race and gender instituted under the Obama Administration that was later halted by the Trump Administration. Despite a federal court ruling requiring the EEOC to collect two more years of data, the EEOC issued public notice that it will not seek renewal of the pay data collection beyond what was required by the court. In addition, the Trump Administration, in a historically unprecedented move, is prohibiting the sharing of this data with state agencies, despite the fact that it has been shared and used as an enforcement tool in many states for decades.

“Despite all the progress our state has made on equal pay, the pay gap remains a serious problem that costs an estimated $79 billion in lost wages a year in California. The pay gap is especially concerning for women of color with African American women earning 61 cents and Latinas just 42 cents for every dollar earned by white, non-Hispanic men,” said Senator Jackson. “With the Governor’s approval of SB 973, California is taking another important step toward true pay equity.”

Senator Jackson is a national leader in the fight for pay equity. She is the author of Senate Bill 358, the California Fair Pay Act, which was the strongest equal pay law for women in the country when it passed the Legislature in 2015. The Commission is grateful for her leadership on these important issues 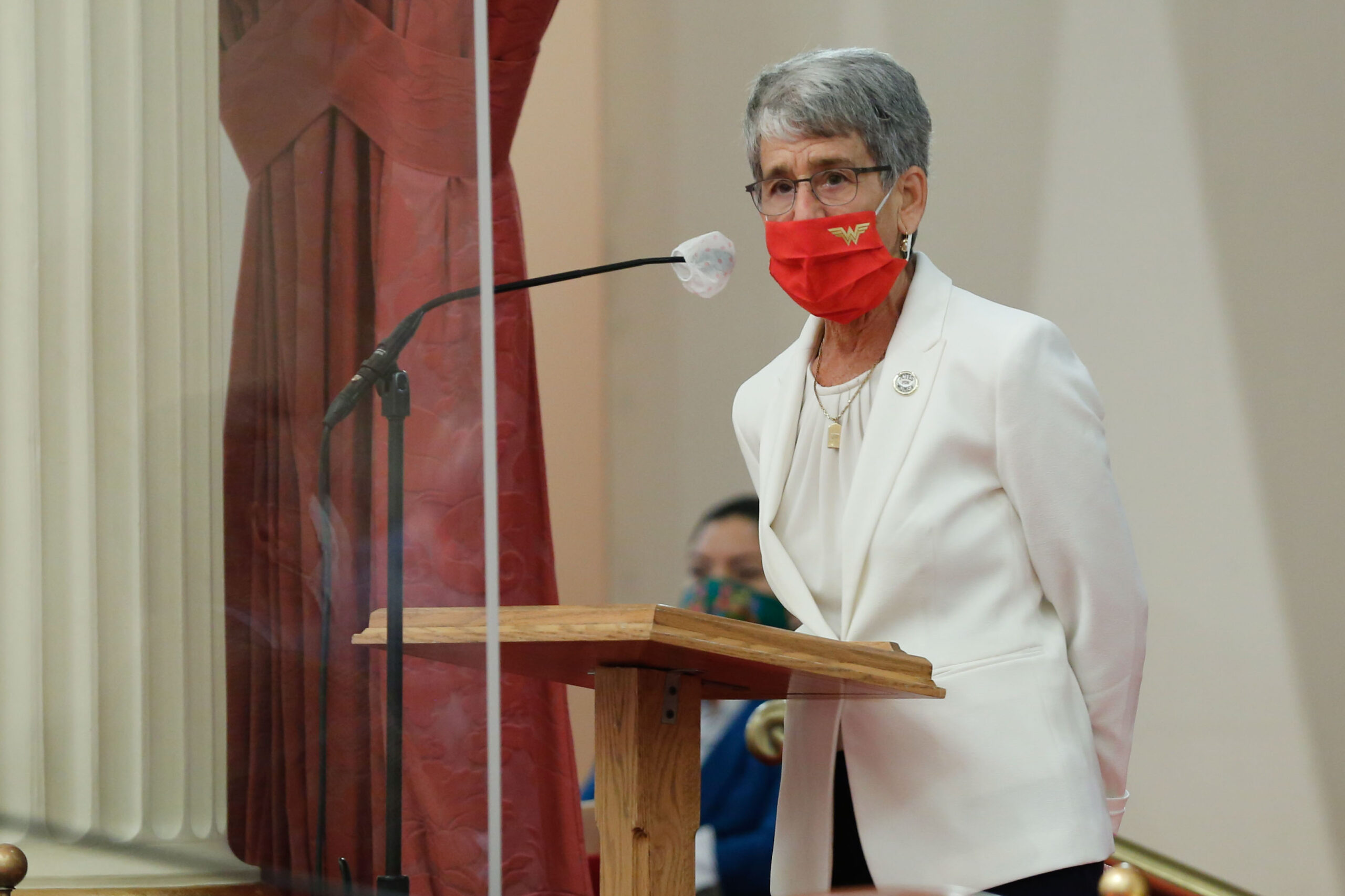 Hannah-Beth Jackson: A Champion for Women and Girls

“Despite all the progress our state has made on equal pay, the pay gap remains a serious problem that costs an estimated $79 billion in lost wages a year in California. The pay gap is especially concerning for women of color with African American women earning 61 cents and Latinas just 42 cents for every dollar earned by white, non-Hispanic men. With the Governor’s approval of SB 973, California is taking another important step toward true pay equity.”